Šmartno pri Litiji and the Church of Saint Martin

Until the arrival of the Austrian Southern Railway to Litija, Šmartno was a strong administrative, parish and educational center with developed crafts. In the middle of the square, on the location of today's church, used to stand an old parish church dedicated to Saint Martin. The place also got its name after the saint and was first mentioned in sources in 1135. Since the old church got too small, they pulled it down in 1899 and on its spot built a mighty modern gothic church consecrated in 1901. The oldest house in Šmartno is a former benefice and curate from 1586. Šmartno is the birthplace of Slavko Grum, Slovenian playwright and writer. The town is also home to the roots of the only Nobel Prize winner of Slovenian descent, a chemist Friderik Pregl. Through exhibitions of the local Šmartno libraries and Tourist Information Point (southwest) Bogenšperk, you can explore the history of the country.

Church of Saint Anthony of Padua

Because residents of Štanga were quite religious and felt the church in Šmarje was too far away, they wanted their own church built. People wrote to various influential institutions asking for permission for their own sanctuary. It is said the church building plan was done by a monk from Stična, while the building was led by Italian masons. Its foundation stone was blessed by a then abbot from Stična on 25th April 1677. The altar and the bell were blessed later that year too. The church was built in the Baroque style. It was mentioned as a pilgrimage church already in 1679. Various chroniclers (including Valvasor in 1689) talk about several miracles in Štanga and so pilgrimage entered the area. In the time that followed, the church was rebuilt several times and was therefore consecrated on 22nd August 1793 by a Ljubljana auxiliary bishop, Jožef Mikolič. 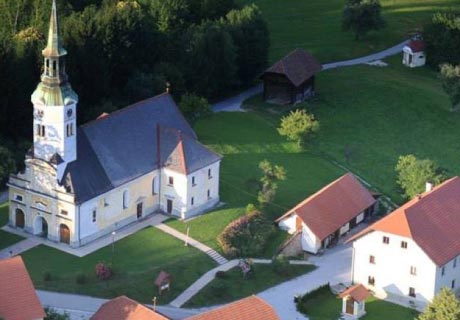 Church of the Holy Mary Magdalene in Gradišče pri Litiji

In the hamlet of Gradišče above Jablaniška Valley, on a beautiful lookout point, stands the church of the Holy Mary Magdalene. The first record of its existence dates back in 1526. The result after the first building was a simple single room building with plastered ceiling. In September 1944, the church caught fire. The roof and the interior furniture completely burnt, only the church bell remained undamaged. In 1968, they began with its renovation following the design of Jože Plečnik. The renovated church was consecrated in 1979. Nowadays it invites tourists to come spend time enjoying beautiful views. The location of the church is also the Raven archaeological site, a cultural monument of local importance. 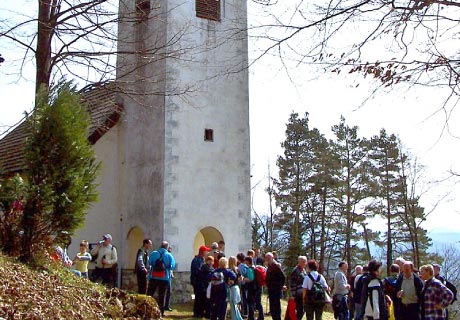 Church of the Birth of Mary in Primskovo

There are three churches standing on the hill Primskova gora. The most famous among them is the gothic parish church from the 14th century dedicated to Mary's birth. Its mighty bell was built in the former anti-Turk walls. Next to it stands a Baroque church of Saint Nicholas from the 17th century. The smallest church on the hill is dedicated to Saint Peter. It has a humble altar with a tomb where rest some of the former Bogenšperk Lords. Primskovo is also recognizable by a former priest and miracle man, Jurij Humar (1819-1890), who is also buried next to the church. With magnetism he knew how to heal any disease and was visited by many patients from near and far. The place of his eternal rest is said to radiate healing energies still today. The hill of Primskova gora also provides wonderful views of far and wide. 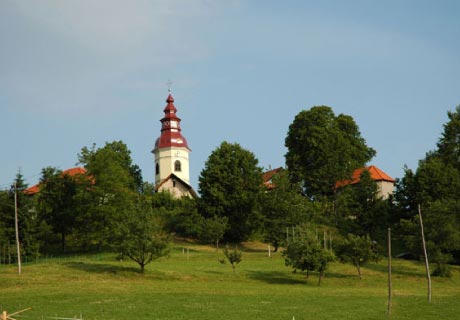 Area of Šmartno pri Litiji used to be rich with castles. Nowadays we have access to many sources that talk about how rich the medieval history of our homeland really is. In addition to the castles of Bogenšperk, Lihtenberk, Slatna and Selo, there was also a castle on Roje and later on Grmače, however, oral tradition also tells us about castles below Kumplov hrib and on Obla Gorica.

In the Črni potok hamlet, stands a renovated mansion of the same name, which nowadays serves as a social welfare institution for the elderly. The mansion was built by the Strassern Lords sometime before 1578. After, it became the property of noble families such as Wagen, Kheysell and Valvasor. In Valvasor's times, the mansion was a two and a half storey high building of a rectangular ground plan and with an entrance tower at the front facade. The building was repeatedly reconstructed. The entrance tower disappeared and the upper storey was removed. Among the owners were also the noble families of Apfaltrer, Lihtenberg and the Wurzbach barons from Preddvor, who bought it in 1846. 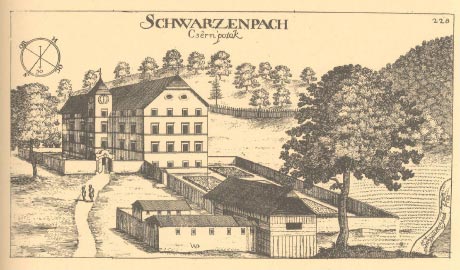 The fruit dryer is situated in Liberga, directly along the Levstik path. According to the values of cultural protection, it is exceptional on the Slovenian scale, for it was declared a cultural monument of natural importance. It is built from stone and plastered, has an arched fireplace and a drying chamber above it. Year 1845 and initials IT are written on the facade. 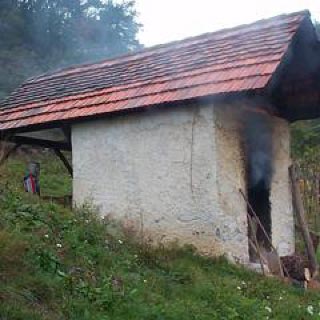 The Samec family are happy to open their doors for prearranged visits. Their house is designed as a gallery with a new thematic exhibition every year. On the way you can stop by at their neighbors, the organic farm of the Vovk family, where you can take a tour of their farm and herbal garden and enjoy tasting seasonal harvest.